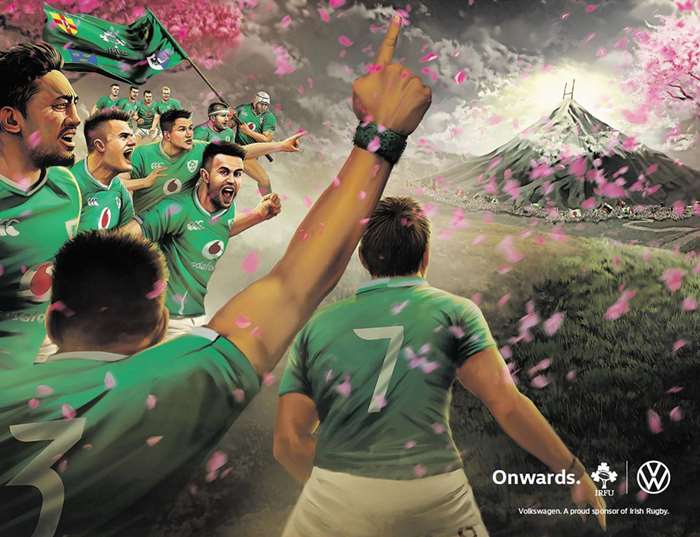 Taking place in Japan, the 2019 World Cup is in full force with the globe's greatest players giving their all for their team and country. Volkswagen are a proud sponsor of Irish Rugby and this campaign reinforces the support for the nation's team and can be seen on billboards in Ireland's cities and press, with a mural of the artwork also set to be painted in Dublin.  Anthony explains, "The concept was to put the Irish Rugby team in a vintage battle-painting-like setting. They're running through the battlefield toward Mount Fuji because the world cup is in Japan this year. Initially I was going to have them ploughing through other players, but eventually we decided to just having them running across. Also, all the elements in it were made on separate layers so the client could rearrange the players for different aspect ratios and compositions. There were a couple of player changes along the way, since the team was still being decided upon."