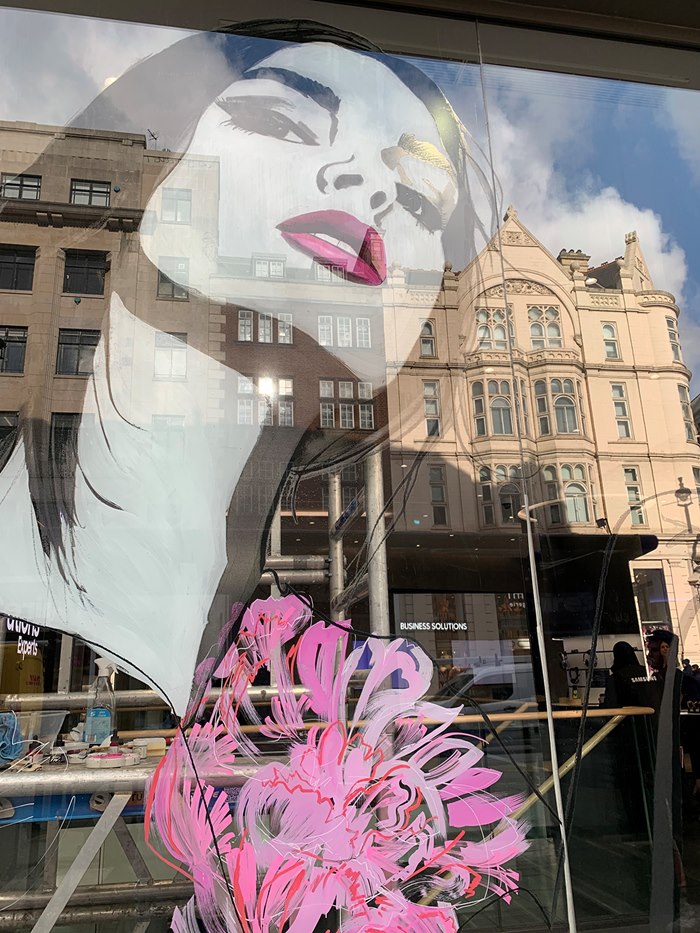 Jacqueline Bissett paints the art of Jessica Durrant on the window of Samsung's Oxford Street Store.

Jessica's illustrations are currently used on posters to advertise the Samsung Z Flip, an exciting new phone just launched and aimed at the fashion conscious, mostly female consumer. In collaboration and working live, Jacqueline's job was to recreate the artwork on the shop front of the London store, whilst Scott G Mason did the same in Westfield. Jacqueline had some fantastic feedback from passers by and the client was very happy with the result, she adds, "I had to work off a platform to reach the 3 meter high window in a mixture of acrylics and Posca pens. As a line drawing the artwork was easily missed but with the addition of white paint on the face and my own interpretation of flowers, (the title was 'Bloom Window Artist Activation'), the artwork blossomed into life!" The phone, which has the appearance of a lacquered compact, was launched soon after Jacqueline finished and a vinyl photo of the device was placed on the figure’s hand - thus revealing the product!