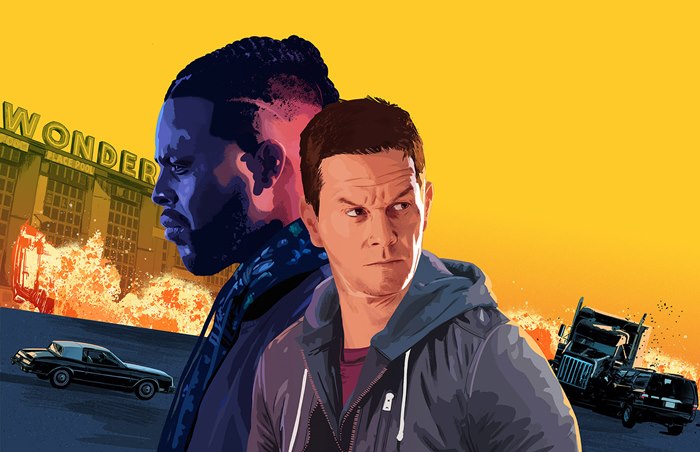 Starring Mark Wahlberg and Winston Duke, the film was released last week and is a 'twisted murder conspiracy' set in Boston. Chris' part in the project was to create a dynamic scene in the style of a movie poster, which was then interpreted by the artists at Global Street Art Agency, who recreated the illustration with spray-paint on the walls of two sites across the UK.