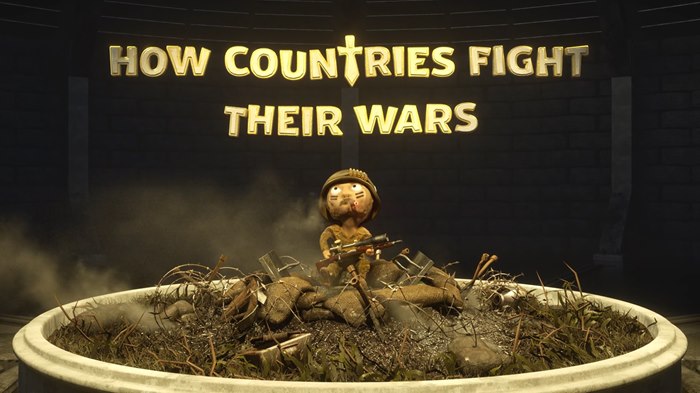 How Countries Fight their Wars

Released just this week, the animation has gone viral in The Netherlands and has won ten international film awards! The story will keep you gripped as it bounces between each battle style with faultless sound, accurate observations and a touch of humour. Maurice explains, "This animation short shows you 10 different countries with a stereotyping image of their respective armies and ways of warfare. The film mocks the insanity of warfare and the many contrasts that exist between the various armed forces. With an overall “dark humor” sauce, this animation is loved by dozens of film festivals worldwide and our team; Mitsi Studio is proud of the awards this film has won."