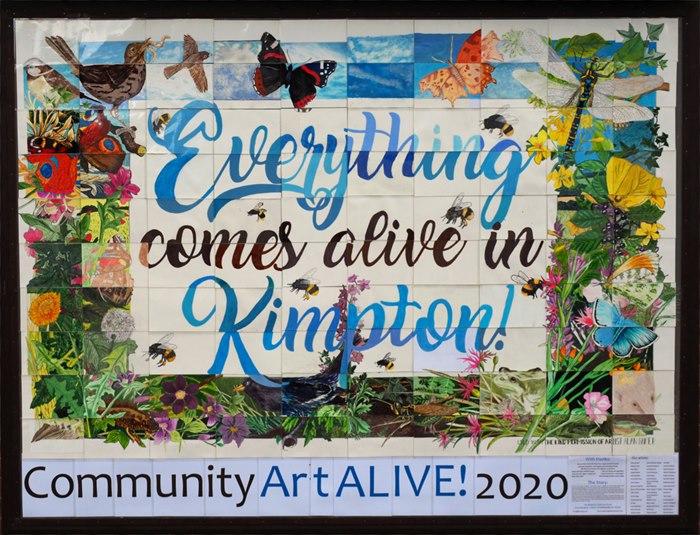 Art for the Community

Alan Baker's art is recreated by the villagers of Kimpton to ignite community spirit during lockdown.

Alan was approached by Kimpton resident Anna Bosatta for permission to use his illustration originally created for Country Life Magazine. Divided up into 100 pieces, villagers were called upon to recreate a small section of the illustration which was then put together in a mosaic tile effect to reveal the entire artwork. The tiles were painted by sixty people of all ages, spanning at least seventy years in age, with colours and shapes matched to their best abilities, and using the medium they were most comfortable with. The final piece measures  2.5m x 1.6m and was unveiled to great celebration on September 5th at the heart of Kimpton, organiser Anna Bosatta adds, "(Alan's) image in all its detail and delight has challenged us! But the patchwork outcome is fantastic. We have been supported by all sorts of locals, including supply of materials and free lamination (Artscape, Harpenden), building a giant freestanding frame for the display (the ‘Grumpy Old Men’ village working party), offering the display space (Corner Stores, Kimpton) and of course the many village artists, from their teens to their eighties."