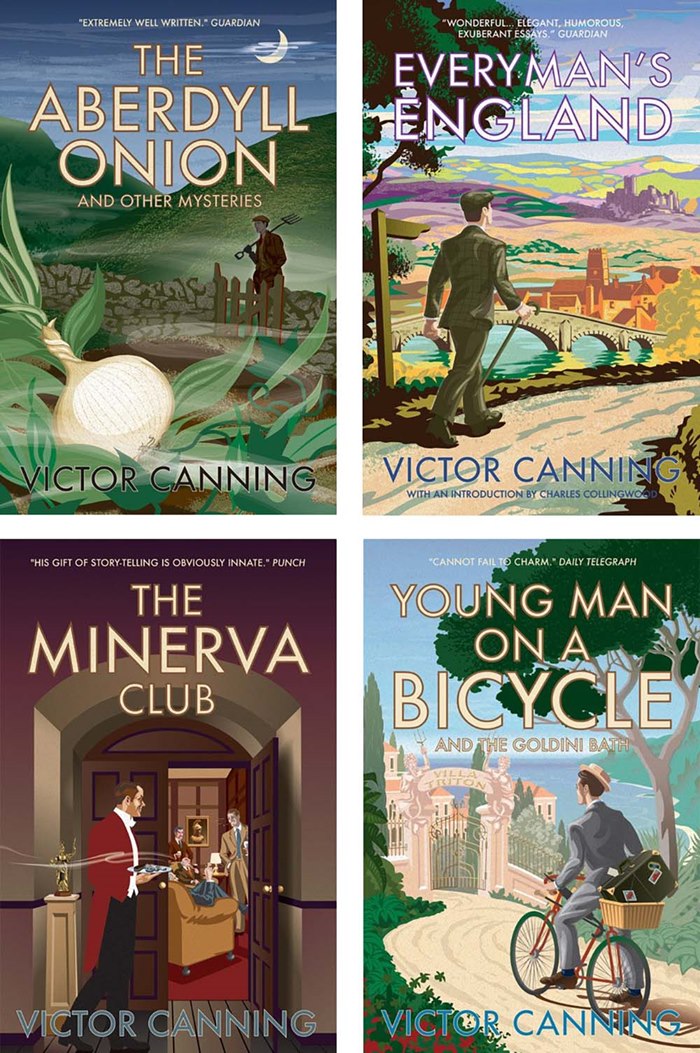 The Charms of Victor Canning

Working with Farrago Books, Colin's artworks reflect the era of the novels, which are the final part of a re-issued series of humorous crime books, originally published from the 1930s to the 50s by Victor Canning. Colin explains, "In all of them, the writing is warm-hearted and redolent of a more innocent age. They typically involve a main character ending up on unintended misadventures around rural England. They were very popular in their day and remain so today judging by the reviews! “His gift for story-telling is obviously innate” said Punch, “Extremely well written” judged the Guardian and “Cannot fail to charm” whooped the Daily Telegraph.