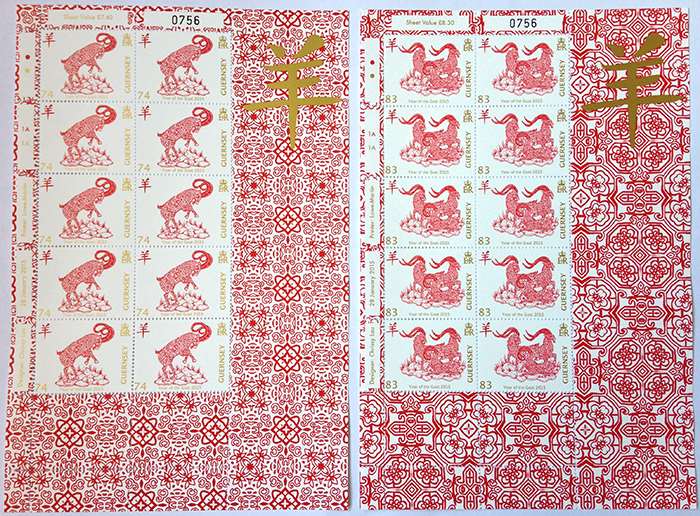 Year of the Goat

After the success of 2014's Year of the Horse collection, Chrissy was delighted to be asked again to work on this year's stamps. The goat is the eighth animal in the lunar cycle and considered lucky - since the number eight symbolises peace and prosperity in Chinese culture. Chrissy says "According to the Chinese zodiac, 2015 is the Year of the Goat. It begins on 19 February 2015 and ends on February 7, 2016, and is the eighth of twelve animal signs.  The Zodiac stems from the similar concept in western astrology and means "circle of animals". The Chinese zodiac is a systematic plan of future action that relates each year to an animal and its reputed attributes, according to a 12-year cycle. It remains popular in several East Asian countries including China and Japan."