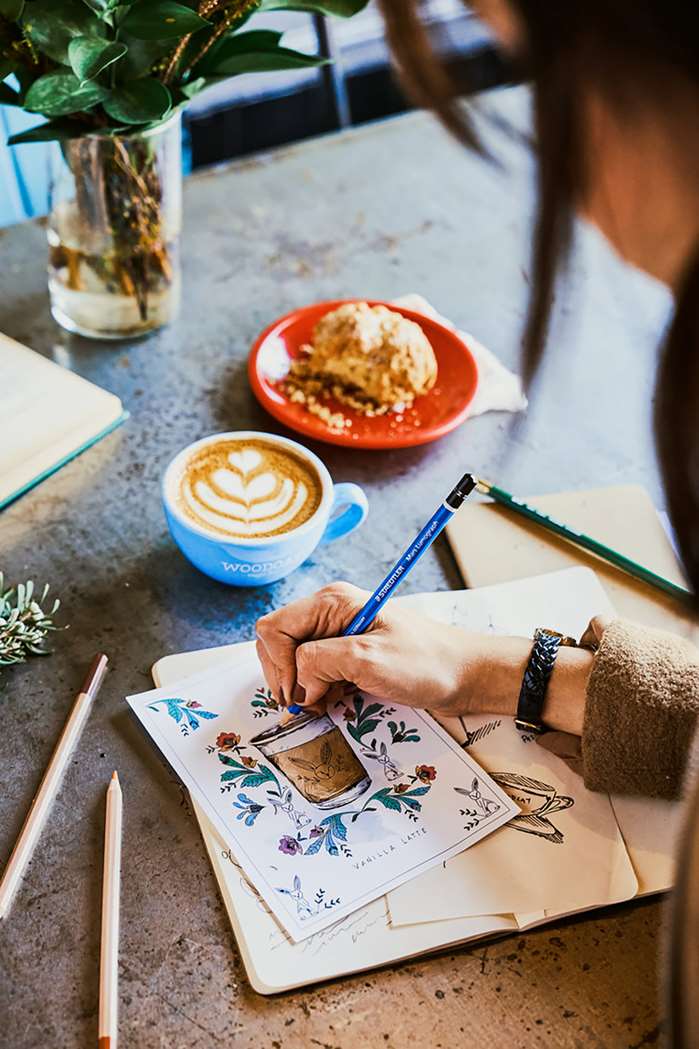 Amber Day works with the owners of Woodcat Coffee Bar for some speciality beverage illustrations.

Based in the heart of LA's Echo Park, Woodcat's talented entrepreneurs opened their doors to the neighbourhood in September 2014. The coffee bar has been popular ever since and Amber had the pleasure of illustrating their new seasonal lattes (along with some tasting!). She says "With the help of my good friend Jack Strutz behind the camera and several expertly skilled baristas, we were able to make magic happen for this eclectic coffee shop on Sunset Boulevard."