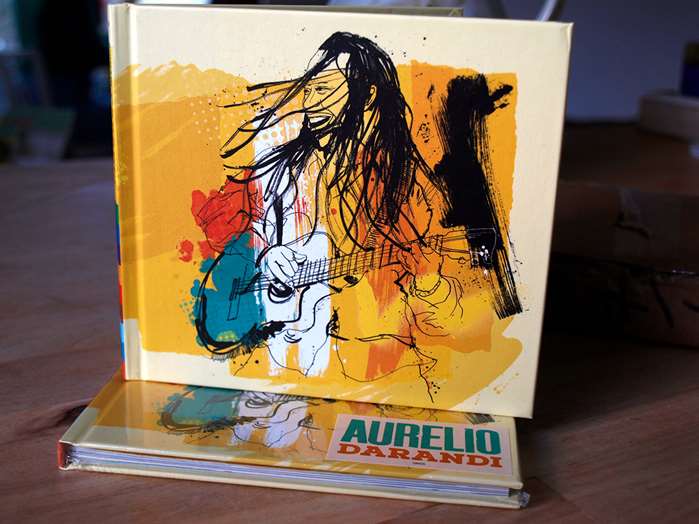 This spirited artwork for Aurelio Martinez's 30th anniversary album 'Darandi' has been created by Ben Tallon.

Ben's illustration for the album was commissioned by Real World Records - they approached him with the idea that the art-direction needed to reflect Aurelio's upbeat and energetic style of music and live performance. Also to be drawn was an internal map showing the history and movement of the Garifuna people, who inspire much of Aurelio's music. In Ben's natural raw and free style, the final pieces are made with indian ink, pen, brush, spray paint, acrylic paint and plenty of energy. The album is released on 20th January.