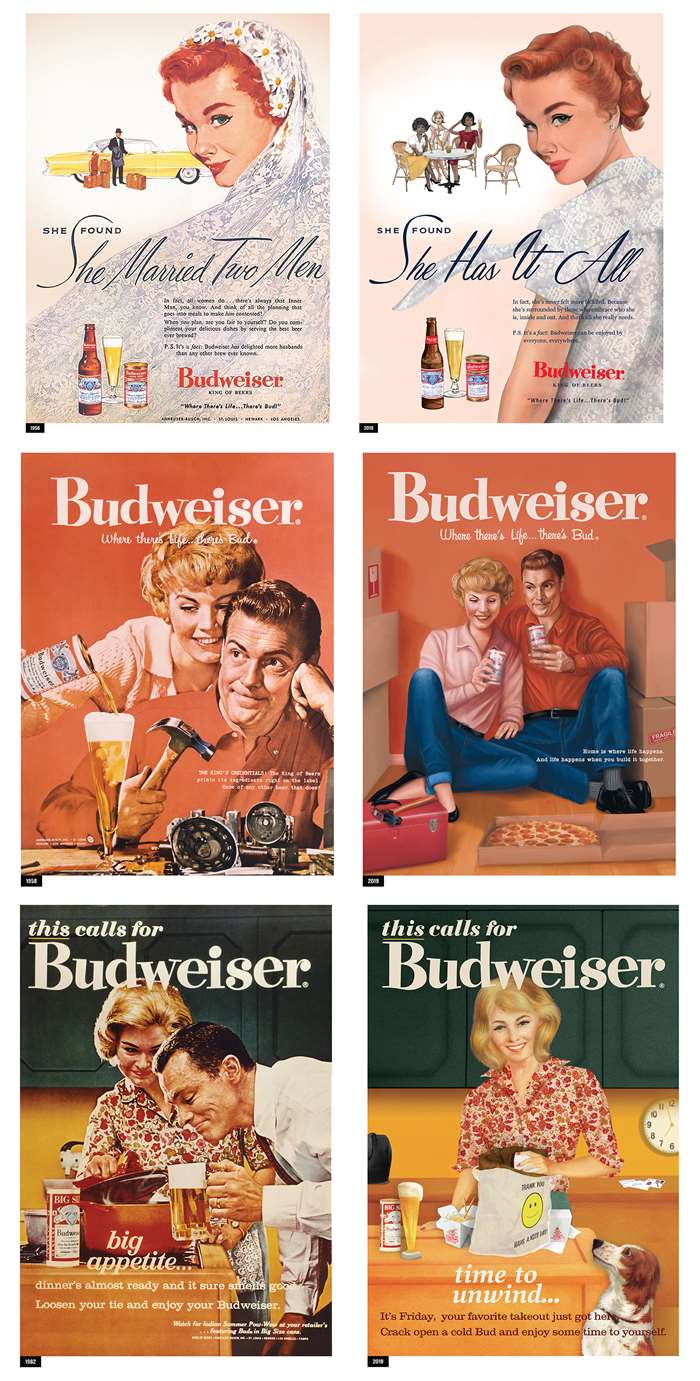 Budweiser collaborate with three female illustrators to reinvent posters of the past.

Budweiser's International Women's Day 2019 campaign involved Heather Landis, Dena Cooper and Nicole Evans reimagining their ads from the 1950s. Three posters from the mid 20th century were re-drawn to better portray balance and empowerment, creating a poignant comparison with the roles of men and women, then and now. Read more on the campaign on DesignTAXI.