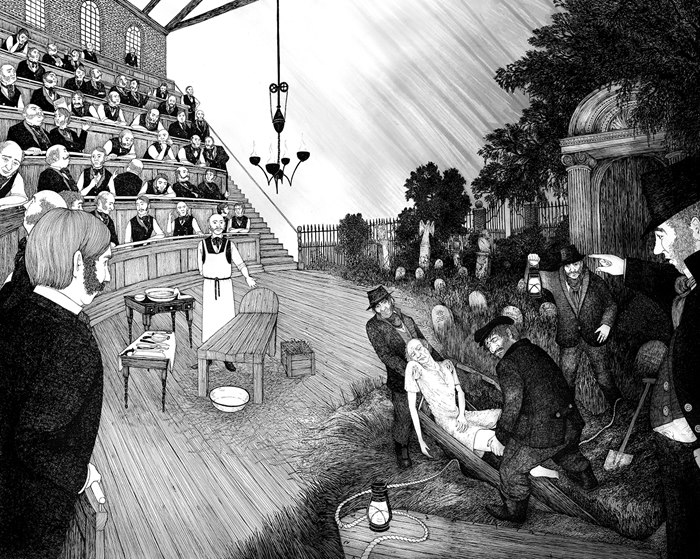 Now on display at London's Science Museum, Rohan's piece is created with a wonderful narrative and placed to draw in the viewer and fuel their curiosity. His brief was to produce a scene depicting either early surgical theatres, where the first discoveries of the anatomy where made using dead bodies, or the illegal act of grave robbers removing a corpse from the grave. He continues, "My pitch was to somehow combine these ideas, allowing the viewer to imagine the whole process from start to finish. The image was to be 2.1mx 1.2m in size and positioned in a glass case behind an actual iron coffin, which were used by the rich to prevent their dearly departed from being stolen for scientific research. Having won the pitch and finished the work, it now hangs in the new gallery and will remain there for the next 25 years."