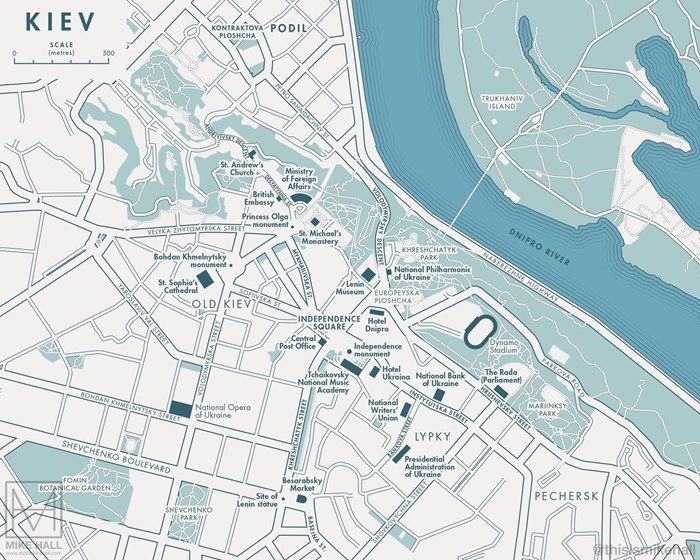 Published recently, the novel by A D Miller is a story partly set in the Ukrainian capital during the events of the Orange Revolution in 2004. Mike's map aides readers' understanding of the city's layout by displaying locations mentioned in the narrative and where important plot details take place, including the titular Independence Square (or Maidan which was the focus of anti-government demonstrations), and other important buildings such as the British Embassy and St. Sophia's Cathedral. Mike adds, "The map's overall design and colour scheme were inspired by the book's jacket sleeve design and the wintry, tense atmosphere of the story."