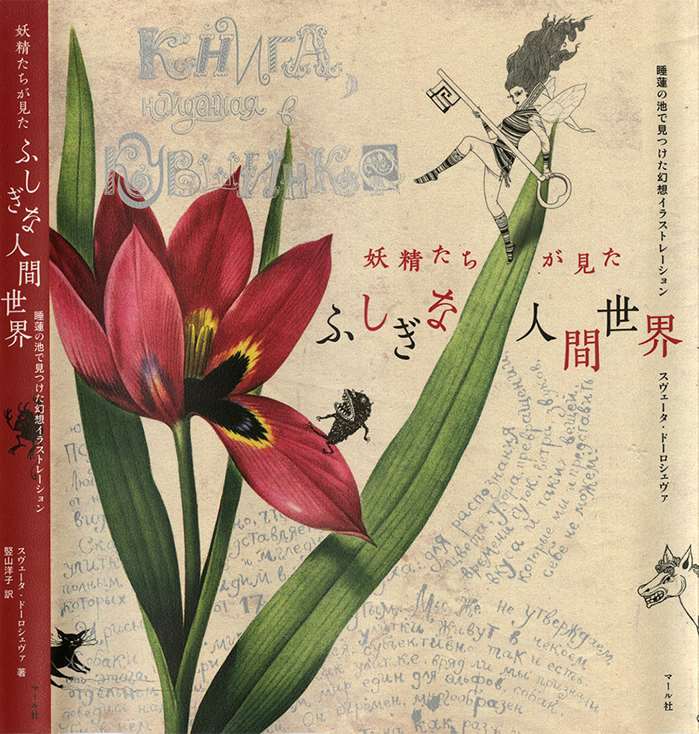 Written and illustrated by Sveta Dorosheva, 'The Nenuphar Book' is published in Japan.

This unique and charming project was originally published in Russia four years ago and has been translated into Romanian, Japanese and English thus far. The Nenuphar Book is a 'state-of-the-art graphic novel' which focusses on people and the human world as seen through the eyes of fairies, gnomes, elves and other fairy-tale creatures. Sveta continues, "They don’t generally believe in people, but some have travelled to our world in various mysterious ways. Such travellers collected evidence and observations about people in this book. The whole book is a collection of evidence by fairy creatures proving that people exist. It’s an assortment of drawings, letters, stories, diaries and other stuff about people, written and drawn by fairies, elves, gnomes and other fairy personalities. These observations may be perplexing, funny and sometimes absurd, but they all present a surprised look at the things that we, people, take for granted. Each chapter is written by a different creature – elf, fairy, gnome, ogre, giant, witch, etc. It comprises such topics as human anatomy, types and origin of people, magic human things and dwellings, language, beliefs, rituals, work, music, dance, and many more. Some observations are odd, some awfully inaccurate, some - plain funny, but they all weave together into a tongue-in-the-cheek playful picture of a world so incredibly odd to an outsider, that it’s no wonder fairy creatures can’t believe in it!"  Sveta is also looking forward to the American edition which is under way and planned for release in spring 2018 by Chronicle books. See it on the Japanese publisher's website.