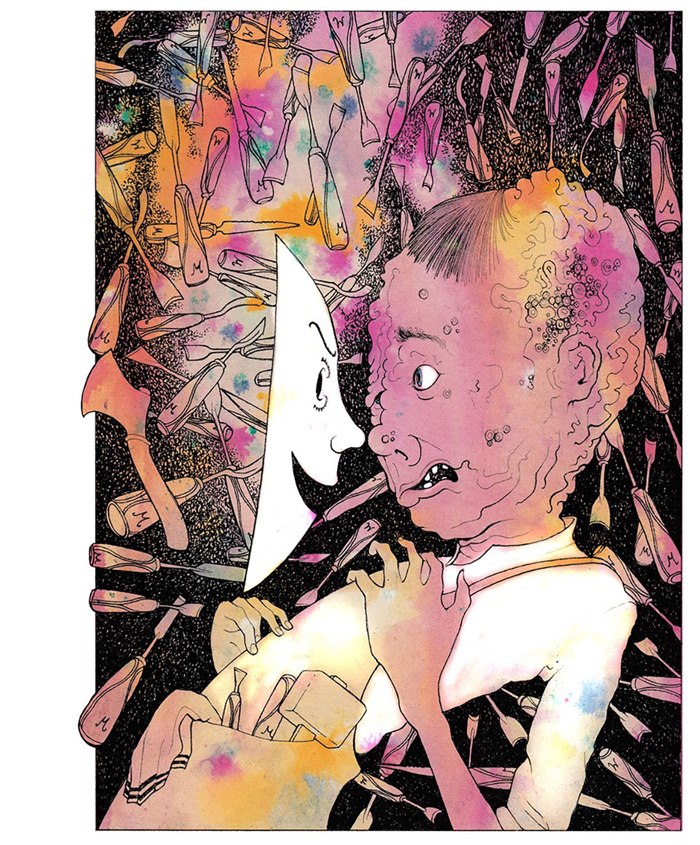 A beautiful book dealing with bullying and body image is illustrated by Rohan Eason.

Rohan was approached back in 2017 to work on 'The Mask' - a story written by a promising young man called Clayton Marshall Adams, who sadly took his own life just a few years after writing this story. His parents decided to publish the book in memory of their son and to highlight the issues surrounding bullying and depression in the young.

Rohan says, "It was the most emotionally charged project I have ever worked on, and the Father and I have been in good contact since the project began. It's a beautifully produced hardback, with Gold foil on the cover and my illustrations throughout."

Listen to Rohan read from the book.