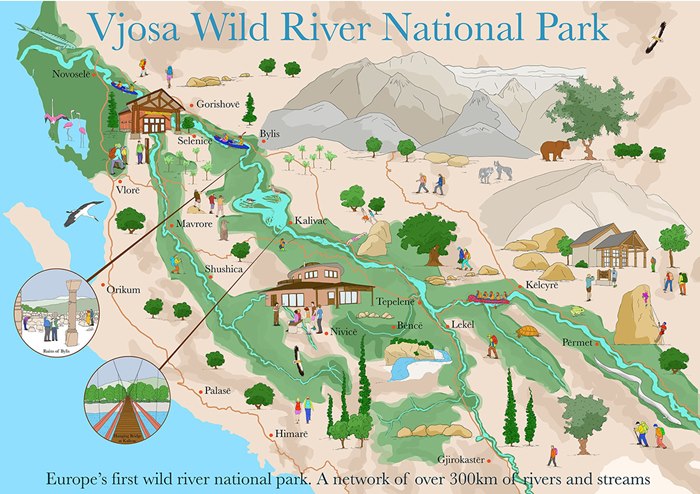 The project was in collaboration with NGOs EcoAlbania, RiverWatch and local charities in establishing the Vjosa region as Albania's Wild River National Park.

Claire explains, "Such a giant step forward towards such a large, protected area of wildlife in Europe has never been done before. The river and its tributaries are particularly important for the scale of the project they represent, as the region spans from the Greek border to the Adriatic Sea and hosts 177 different species of birds, fish, reptiles etc. Patagonia and the NGOs presented a large A1 printed version of my map at the board meeting with Albania’s government officials, so I was even more pleased to hear that the project which took ten years of dedicated action by environmentalists has finally been shown dedicated support from the Albanian government. The map has also been animated by Patagonia for social media promotion."