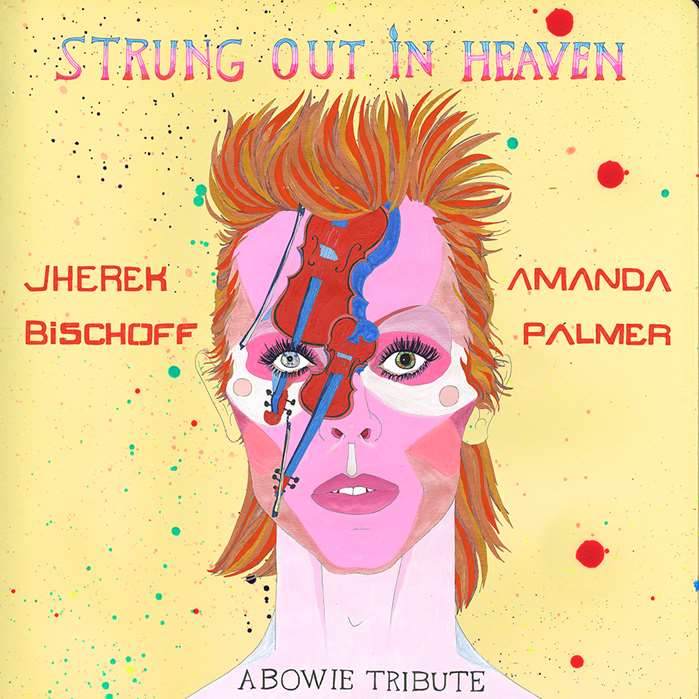 Strung out in Heaven

The album called "Strung Out In Heaven" features Amanda herself, Jherek Bischoff and various stringed instrumentalists, covering the newly released song Blackstar, as well as Ashes to Ashes, Heroes, Space Oddity, and Life on Mars. Sarah says "For the cover, I came up with the concept of reinterpreting the lightning bolt image of Bowie from the Aladdin Sane cover, replacing the flash with a cello and a violin, as the record was entirely recorded using stringed instruments. I created a colour version, but we decided the black and white line was a much more fitting, sombre tribute to the Starman." Other artists were also involved, see the art and listen to the album here.

Sarah also created an illustration (below) for the song Space Oddity. She continues, "After Bowie's death, many on social media envisaged him leaving Earth for Mars, so this is how I portrayed him, wearing British astronaut Tim Peake's spacesuit and ascending toward Mars on the Russian Soyuz, looking back toward earth and bidding us farewell."