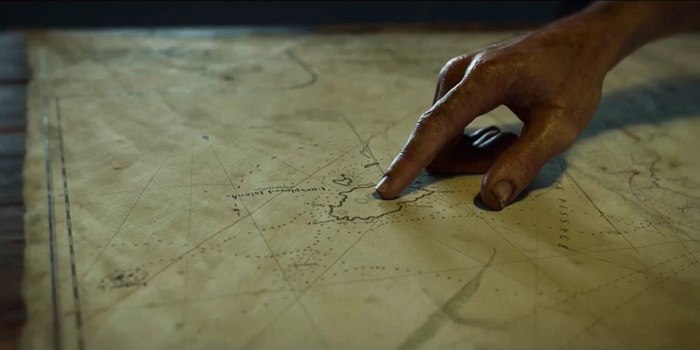 Directed by David Fincher and based on the short story by Neil Asher, Bad Travelling is set in an alternative universe analogous to the 19th century and tells the story of a shark hunting vessel and its crew that is attacked by a giant, man-eating crab.

Mike's brief was to create a detailed map showing the fictional island of Phaiden and its archipelago, with one particular section in high detail as it would feature in a close-up shot with the main character.

inspired by real-life nautical charts from the period, Mike’s intricate design includes an authentic lettering style, headland labels, settlements and depth measurements, terrain hachures and coastal shading, with the names (apart from Phaiden) of his own invention.