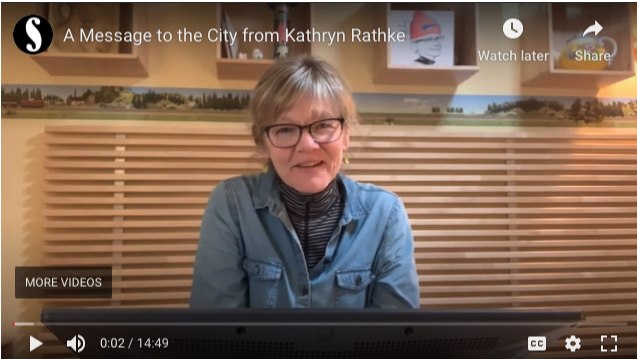 A Message To The City

Kathryn Rathke sends a message to the city for The Stranger magazine.

The Stranger magazine in Seattle are reaching out to their readers by running a series of videos called A Message To The City, the videos see the diverse residents of the city offering messages of hope and speaking about a variety of subjects from film making, songs and out right hilarious performances!

Kathryn tells us a bit more about the project which she was delighted to be part of:

"The Stranger, the magazine with whom I got my illustration start here in Seattle, has been running a series every few days called “A Message to the City”, featuring local artists, writers, performers, politicians, giving some sort of personal address to Seattle. They have been really lovely; small performances, or encouraging words, frequently very creative (one of my favorite musicians invited people to send in audio clips and he complied them into one large sonic composition, so cool!), and always fun to peer into local notables’s lives. So a couple of weeks ago Christopher Frizzelle, the editor, asked me to do one and I was completely daunted; the whole performance aspect, filming logistics, etc. But over the weekend I finally did it and it went up today! Within one hour of it going live I have already had one hit, a charming woman who will be donating to one of my favorite charities in exchange for a drawing of something in her home that she is sick to death of. So I am expecting a good number of requests!"

To see Kathryn's fantastic Message to the City click HERE and to see the wide variety of other message please visit the Strangers website HERE.

kathryn rathke
video
seattle
the stranger
Hello
We are happy to help!