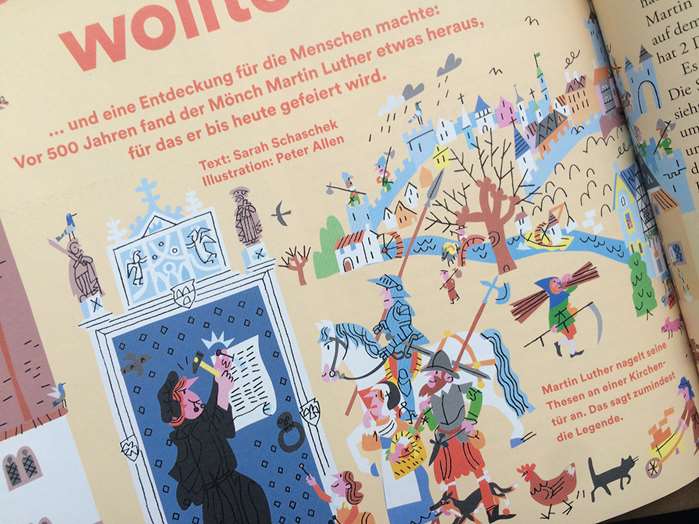 Peter's illustrations were to show how Martin Luther's ideas contributed to the Reformation across 16th century Europe to a reader audience of 6-11 year olds. Peter explains, "The brief was to show different moments in his life as a monk and teacher; primarily how the ideas contained in his 95 Theses; (that he famously nailed to the church door in Wittenberg), were to change the way people throughout Europe thought about religion. It was also to show as much as possible of the place and the people where Luther lived, so lots of relevant, historical detail that was provided partly by photos but mainly by 16thc Dutch/German paintings and engravings." Peter has been successful in making the content accessible and fun with his playful characters and vivid colours, take a look at the Zeit Leo here.