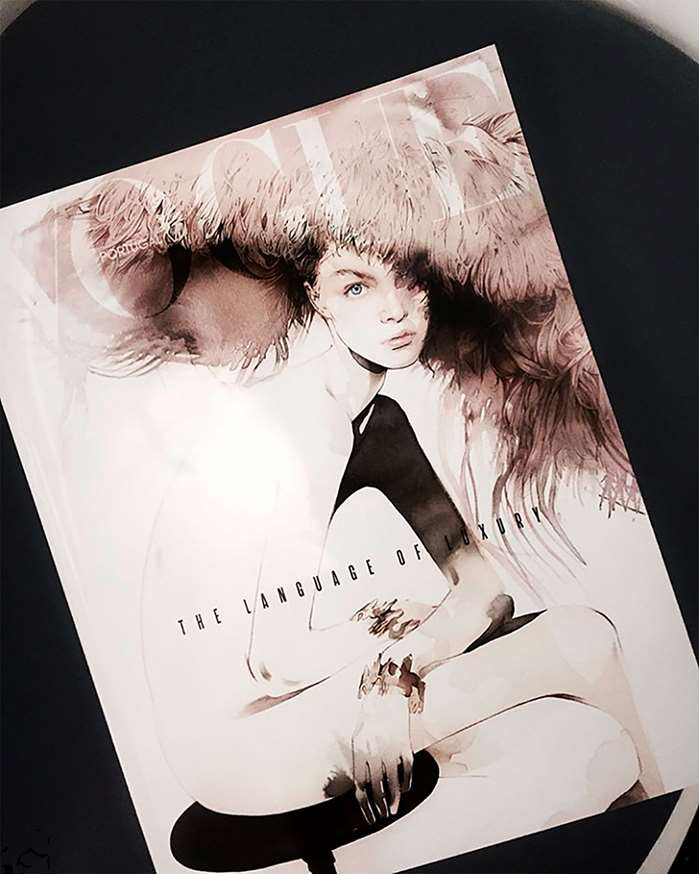 INSIDE OUT: Nuno DaCosta interprets the Language of Luxury

These are exciting times for fashion illustrator Nuno DaCosta. Not only has he been appointed the first-ever official illustrator for Vogue Portugal, but he is producing some of the most ambitious and visually stunning projects of his career. This has led to his work appearing on the front cover of a limited edition of the magazine, which is a rare thing given the dominance of photography on the fashion newsstand. There's a fascinating story behind it, too…

It all started when Sofia Lucas, the editor-in-chief of Vogue Portugal, asked Nuno to contribute eight illustrations to be used for the Language of Luxury conference, staged by Condé Nast in Lisbon last month and curated by Vogue’s international editor Suzy Menkes. Alongside nine other creatives, Nuno was asked to offer his own visual response to the theme of luxury and to approach the project as though he was creating a photo shoot. Intended for a limited edition magazine for the event, it was an open brief, but sometimes these are the most challenging. 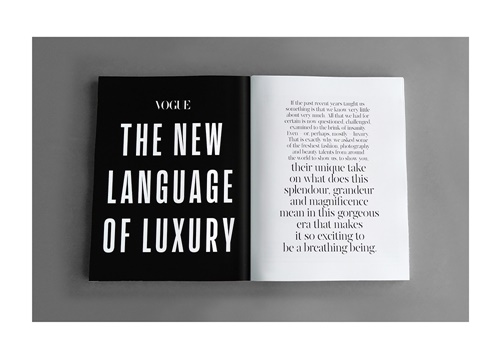 After thinking about the project for a day or two, Nuno woke up in the middle of the night with the words 'planned obsolescence' in his head. "We live in a time where things are built to break down, be thrown away and discarded," he says. "To my mind, luxury has to be the antidote to that, and so my idea was born."

He decided to build his concept around the most beautiful and luxurious examples of fashion design across the leading Spring Summer 2018 collections. They include an Oscar De La Renta with a beautiful yellow apliqué, an elaborate feathered hat by Valentino, and a stunning pair of shades by Gucci. The variety involved presented Nuno with one of his main challenges. "The clothes aren’t necessarily connected in colour or tone as the looks are pulled from different designers with different visions," he explains. "So, I had to create a connection through the lighting and atmosphere. The cotton watercolour paper I paint on has a slight creamy tone to it when scanned and I kind of fell in love with it, so that kind of set the pace." 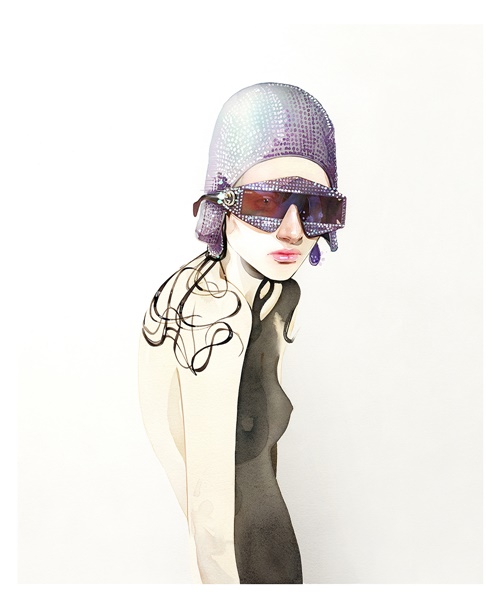 In fashion, detail is everything

It was Nuno’s attention to detail that took the project to another level. Early on, he had the idea of working with a hair stylist. Though photographers work with stylists all the time, it's unusual for illustrators to do so, and Nuno drafted in Neil Moodie. Nuno sent over initial sketches for the outfits, and Neil suggested hairstyles that would work with the garments and the poses.

"I created some of the hairstyles on a training headblock, then videoed them in 360 degrees so Nuno had a visual feel for the hairstyle," says Neil. "Others we created using reference images which I tweaked on my laptop in Photoshop. Nuno would then redraw or reshape the hair on the actual illustration based on my retouching."

The illustrations were painted on the thick, cotton, hot-pressed watercolour paper mentioned above using watercolours, ink and gouache, depending on the garment and the opacity Nuno wanted to recreate. The splash of yellow colour that highlights the Oscar De La Renta dress inspired Nuno to create it in collage using yellow paper. Some of the images were painted more than once as Nuno really wanted to push his portrayals of beauty and the luxury angle. 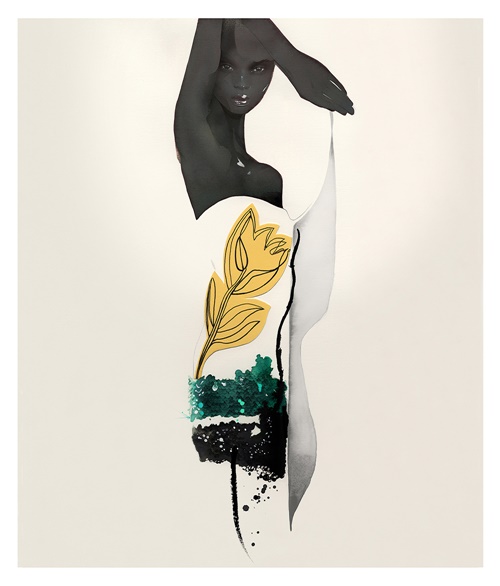 "I learned a lot about myself and what I’m capable of during this project," he says. "I had specifically chosen fabrics that I hadn’t painted before, even though I knew that they would be tricky to recreate – fabrics that I thought would look beautiful and impactful in print."

When the images from Nuno and the other artists were in, Sofia Lucas contacted him with the news that his Valentino image would appear on the cover of the limited edition issue of the magazine for the Language of Luxury conference, while the entire series of illustrations will also be in the May issue of Vogue Portugal. "I’m so happy with the finished pieces," says Nuno. "It was an honour to be asked and the level of faith shown in me and my work was astounding. It was a huge compliment and such an honour."