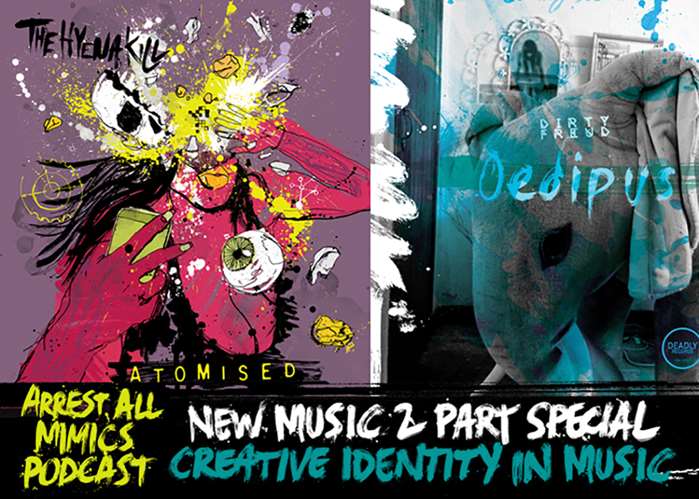 The music industry is going through a huge period of flux thanks to the digital revolution. Once upon a time, being signed to a decent record label used to guarantee a measure of success, but the old model is all but dead. Now in an environment where all the tools required to make music and promote it is at the fingertips of anyone and affordable to most, artists are confronted with the huge numbers of aspiring artists swarming social media.

The Hyena Kill have self-financed their rise from open-mic night dwellers in 2011 to the release if their debut album, Atomised ahead of a second consecutive sellout headline show. We discuss what it takes to stay alive as a DIY band without capital, major label support and the importance of visual identity, self-promotion and finding your unique space in a cut-throat industry.

Dirty Freud is a self-taught artist with a unique path from north London council estate origins to making original music for the director of Breaking Bad, being signed to a Jagermeister artist support deal via a creative writing degree. He tells us why it's important to draw on both negative and positive experiences, how nobody is going to hold your hand in the modern music game and how an unconventional path can pay off in a big way.

This is a must listen for anyone creatively involved in music!